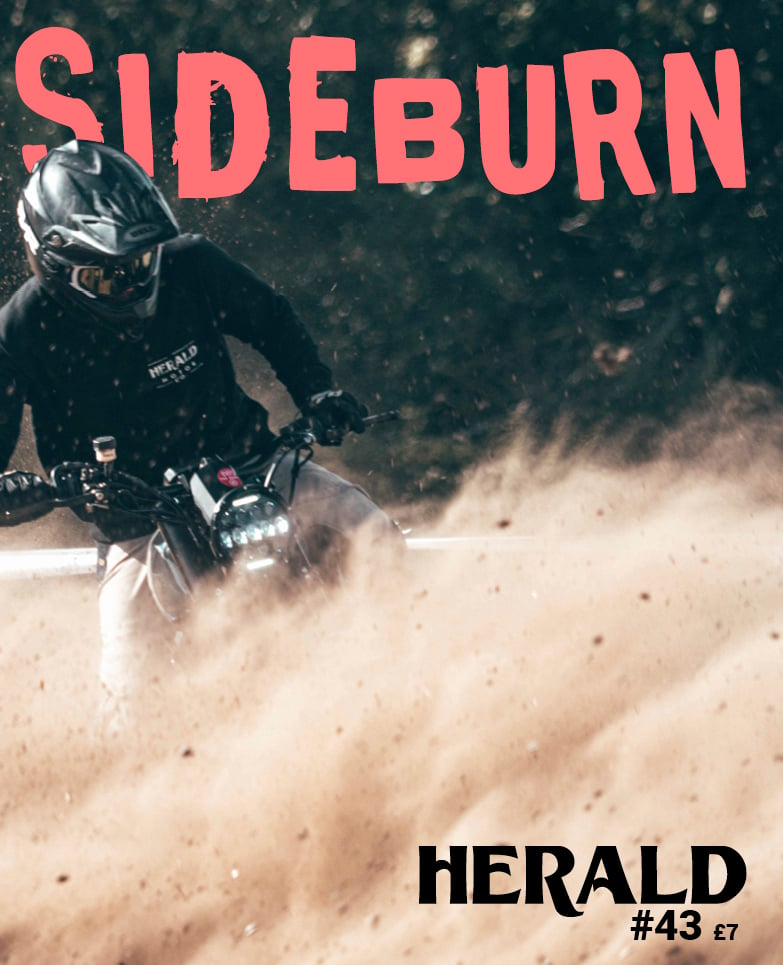 This is very limited, special edition of Sideburn 43 to celebrate the launch of the British-built Herald Brute 500.

The content is identical to the regular SB43. Only the front and back cover is different, so it's for the collectors.

Dirt track on asphalt? What kind of oxymoron thought that up? Turns out a genius called Ken Lilly. We have a bunch of archive photos reliving the lunacy of life in MARS - Motorcycle Asphalt Racing Series. Then we bring dirt trackers on the hard stuff right up to date with two-time SuperHooligan champ Andy DiBrino tarmac drifting the stuffing out of his killer KTM 790 hooligan. We love the idea of it, but our collarbones tingle at the thought.
Of course, there's plenty of dirt too,

PORTFOLIO: The art of Brusco