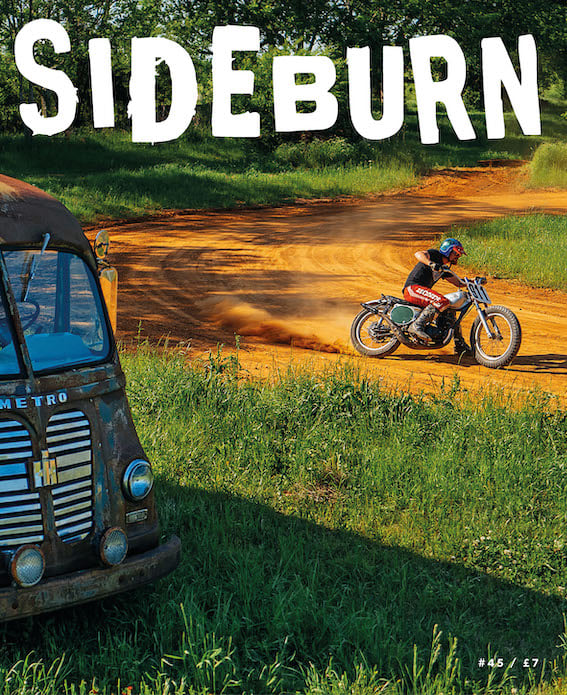 Deep in the Georgia backwoods, country as a chicken coop, Chastin Brand went hunting for a new project, and found an abandoned 1959 International Harvester Metro van. It had been there for years, sinking into the ground, but he thought he could resurrect it. He was right, and now it's the most memorable bike hauler we can think of.

Elsewhere in SB45 we have a wild mix of events from Travis Pastrana at American Flat Track's Atlanta SuperTT to Russia's second ever dirt track race, plus the neatest bikes, for virtually every budget, from 1970s short trackers to flying desert racers, and handsome hooligans.